A 29-year-old English man who was sent flying into the air from a banana boat has now been missing for four days and is presumed dead. Diving teams are searching for any enlightening evidence and are yet to find anything substantial from the holiday accident that occurred at the start of the week.

The missing man has been named as Richard Chapelow - a capable young male who had been enjoying himself on a break in the sun. The accident happened in Portugal, namely the Santa Clara Dam in the South Western area of the country, near the small town of Padrona. Chapelow was one of many enjoying a banana boat ride at the tourist area populated with swimming pools, country hotels and cafes, but the banana boat overturned whilst travelling at a fast pace on the back of a motorboat, which caused it to flip an launch it’s passengers into the water.

It’s believed that Chapelow hit the water head first with strong force, which probably knocked him unconscious before disappearing under water.

Portuguese police have been using diving teams to search for the man since Monday, but so far without success. The water at the dam is over 30 metres deep and visibility is very limited, which both make the search a very challenging task. The search has now expanded to look at a much larger area with thoughts that perhaps Chapelow’s body will be found further adrift. Currently, the emergency services have had to make the tragic decision to presume the Brit as dead, but the thorough search will still continue in hope of finding a body. 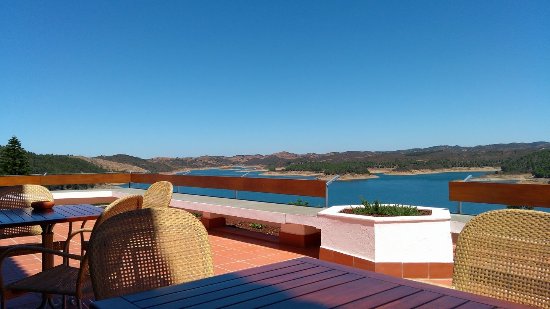 Richard Chapelow is an intelligent man who was well educated at Latymer Upper School London as well as Leeds University. He was staying away on holiday with Harry Hunt, who is the son of businessman Jon Hunt. He started a small estate agents business, Foxtons, before selling it for millions of pounds - they are now one of the biggest companies in London and Hunt is worth more than £1 billion.

The two men were staying at Jon Hunt’s luxury holiday home near the dam at the time of the accident.

While the search continues, the ongoing debate around the safety of banana boats continues - as many people strongly disagree with the use of the ‘fun’ attraction.

By Boats and Outboards Team    2021-03-25
Gulf Craft, one of the world’s premier shipyards, has strengthened its global dealer network with the appointment of Grosvenor Yachts as the exclusive dealer for the United Kingdom and Ireland. ...
Featured

By Boats and Outboards Team    2021-03-11
Following the release of the UK – EU Trade and Cooperation Agreement, British Marine and the Royal Yachting Association (RYA) have been working to understand the impact of various aspects of the...
Featured

By Boats and Outboards Team    2021-02-25
Global marine transport and logistics provider Peters & May is reporting a surge in enquiries from yachtsmen and women seeking advice and assistance about bringing boats back to the UK in time to ...
Newsletter
Follow us on
Share
The UK's number one marketplace for boats and yachts!
on boatsandoutboards:
home | about us | terms and conditions | contact us | sitemap | security note | privacy policy | advertise your boat | affiliate disclosure | cookies policy | mobile site
Copyright 2021 Boats Group  |  dev (((:))) Memória Visual