The TS Lord Nelson has been sitting proudly on the River Wensum for 10 years, occupied by the Norwich Sea Cadets as their naval base. But with the cadets planning on leaving the site to be housed elsewhere, the ‘big grey boat’ just can’t be included as part of their future plans. So it was put up for sale around a year ago and with failed interest form anyone looking to buy her, the only reasonable solution was to organise a date for it to be sent to the scrapyard.

Formerly HMS Vale, the P155 ship was in the service for 16 years as a Swedish Navy patrol boat until 1995. With so much history and heritage, that was a very sad thing to think about; the local public and tourists were extremely disappointed at the thought of getting rid of a really popular landmark in Norwich. However, the decision day was still getting closer.

But to everyone’s relief, a buyer has come in with an offer at the very last minute to save the legacy of the Lord Nelson. The plans are now to turn it into a cafè that will sit on the Deben River, which runs from Debenham to Felixstowe. The planned movement will take place on the 16th June, first being towed to Martham Ferry Boat Yard, where it’s drastic change of purpose will mean a lot of preparation will need to be done to ensure it suits its needs. 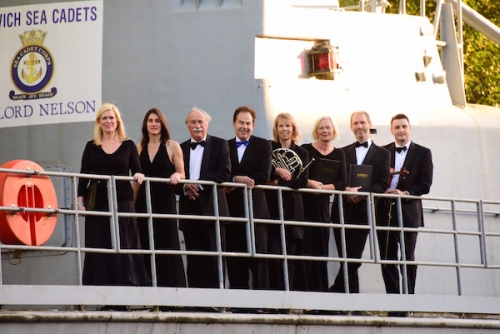 The idea of TS Lord Nelson being turned into a cafè is a really heartwarming story, as a landmark that was very near to being turned to scrap metal, will now be enjoyed by the public in a casual, relaxing environment.

Its service for the Norwich Sea Cadets is not over just yet, however. This coming Sunday (10th June) there will be a ceremony held by the cadets for the public, where every working and training member on the ship will be able to march off for one final time, as a tribute for it’s near two decades of service at Norwich.

The chairman of the sea cadets has encouraged anyone in the area or anyone who has enjoyed the Lord Nelson’s service in the past to come down and show their appreciation. The next time we’ll see the boat, it’ll be serving coffee and cake!

As for the Sea Cadets, they’ll be heading over to the Territorial Army and Army Reserve Centre in the northern area of Norwich.