The Kilauea Volcano in Hawaii has been in a constant state of eruption for nearly three months now, turning it into a hotspot for visitors who want to get close to the fiery action. Tourist boats from multiple companies regularly visit the site without any real issues, but that changed this week when a lava explosion sent a huge ball of molten rock crashing through the roof of a nearby spectator boat, injuring many of those on board.

Hawaii’s main island is actually constructed of 5 individual volcanoes which makes it a very attractive holiday destination, and Kilauea sits on the Southeast side of the island - at nearly 600,000 years old. It’s a very active volcano which has erupted almost annually since it’s recorded history, but its activity this year has been particularly powerful with levels of extremely high pressure causing massive lava flows and strong earthquakes.

The passenger boat - ironically named ‘Hot Spot’ - was captained by Shane Turpin who is a very experienced tour guide of the area. He had taken his customers to a point about 450 metres off the shore, which allowed them to get clear views of the lava spilling into the ocean which has started to form new masses of land off the coast of the island. After inspecting the area for any dangerous activity, Turpin decided it was safe enough to move a little closer - about 230 metres offshore. Everything was running very smoothly as the boat had observed the area for a good 20 minutes, allowing tourists to catch some highly sought after footage before turning back. 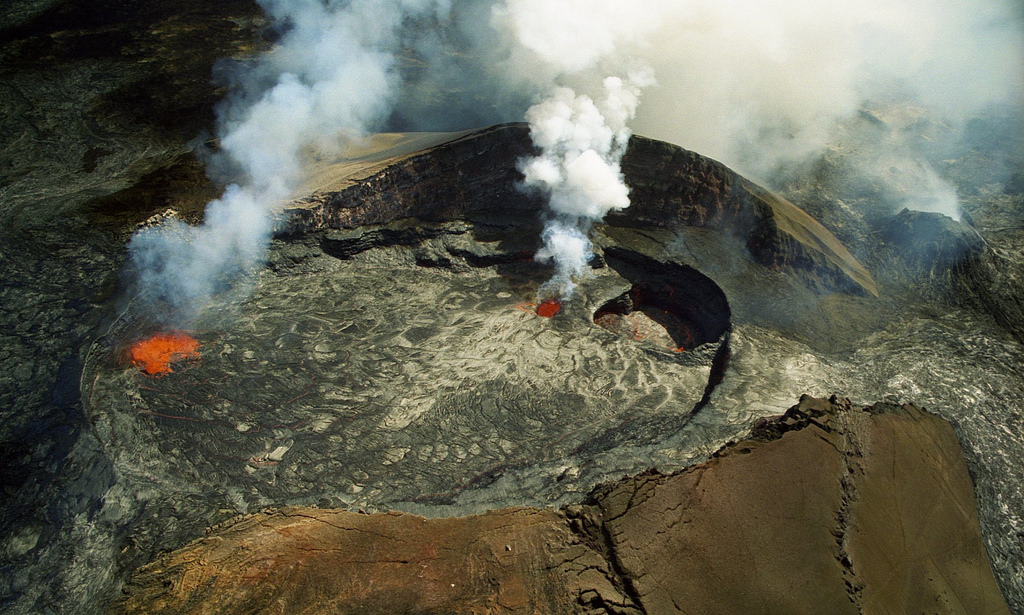 On the way out of the area, the ‘Hot Spot’ was caught in a huge lava explosion which was caught on video by a spectator further away. This went completely undetected as it shot from the ocean without warning, leaving lava balls firing in all directions. One of these managed to hit the roof of the boat, pierce straight through the metal, and land right in the seating area of the vessel. 23 people sustained injuries from the blast, most of which were only minor burns and cuts, but one young woman suffered a severe fracture to her upper leg and is still in a serious condition in hospital.

The captain has already visited the lady in hospital and has expressed his sincere apologies to all on board, as the explosion came as just as much of a shock to him as it did to the rest of them.

The volcano continues to burn, spill and explode, and the tourists continue to flock to the scene - very much at their own risk.