Top 10 Largest Yachts in the World

Written by: Tiara Junanto
Category: Boating
As demonstrated by the on-going billionaire space race, the uber rich live in a whole other world filled with super cars, private jets and, of course, megayachts. Here we give you a run down of the 10 largest yachts in the world and who owns them.
Our ranking classes the largest mega yachts by length, and to put their magnitude into perspective here are a few facts to keep in mind:

This futuristic, silver-metallic yacht was a World Superyacht Awards Winner in 2018. Photo: Nobiskrug
Length: 142.8m
Year: 2017
Shipyard: Nobiskrug
Owner: Andrey Melnichenko
This futuristic, silver-metallic yacht is owned by Russian billionaire Andrey Melnichenko and is the sibling of “Motor Yacht A”, also owned by Melnichenko. Sailing Yacht A is by far the most innovative and unique yacht on our list and, in 2018, she was a winner of the World Superyacht Awards. She is also the only sailing vessel to make it into our top 10 and is, therefore, the largest of her kind.
Her three masts are the tallest freestanding composite structures in the world, with her mainmast reaching 100m above the waterline. Sailing Yacht A also boasts an underwater observation pod, a hybrid diesel-electric propulsion system and state-of- the-art navigation systems.

El Mahrousa is the oldest serving superyacht in the world. Photo: superyachts.com
Length: 145.7m
Year: 1865
Shipyard: Samuda Brothers
Owner: President of Egypt (currently Abdel Fattah Al-Sisi)
At 156 years old, El Mahrousa is the oldest active superyacht in the world. This historic yacht was originally intended for the King of Egypt, although it is now owned by Egypt’s President. El Mahrousa remains active today as a presidential yacht and naval training ship. She also became the first ship to cross the New Suez Canal extension back in 2015.
Her impressive length was achieved through two alterations once in 1872 and another later in 1905; however, her length isn’t the only thing that has been changed. For a brief period, El Mahrousa (The Protected) was officially renamed “El Horreya”, meaning freedom. 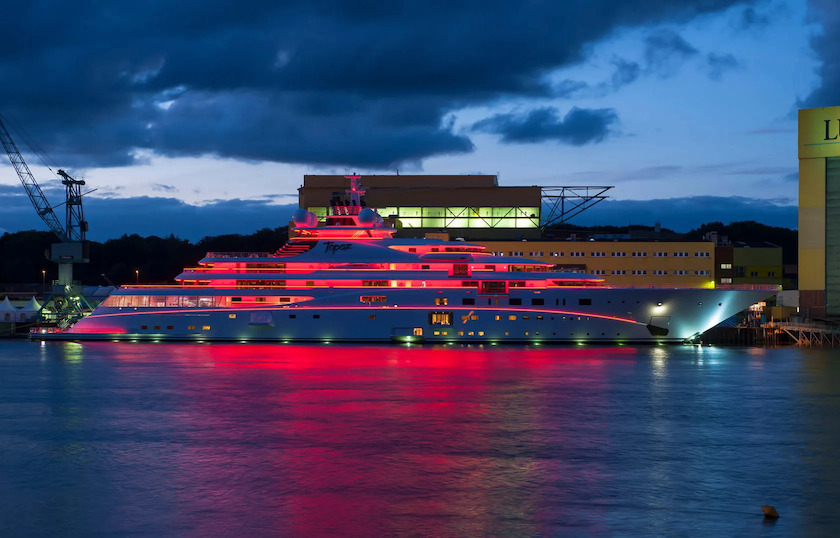 A+ illuminated in a pink hue at night. Photo: Lürssen
Length: 147.25m
Year: 2012
Shipyard: Lürssen Yachts
Owner: Sheikh Mansour bin Zayed Al Nahyan
This modern yacht is in fact only 0.25m larger than Prince Abdulaziz. She is owned by Emirati billionaire, Sheikh Mansour and was initially named Topaz, though the reasons for her name-change remain a mystery. A+’s sleek exterior was designed by Tim Heywood with a striking illuminated line from bow to stern. 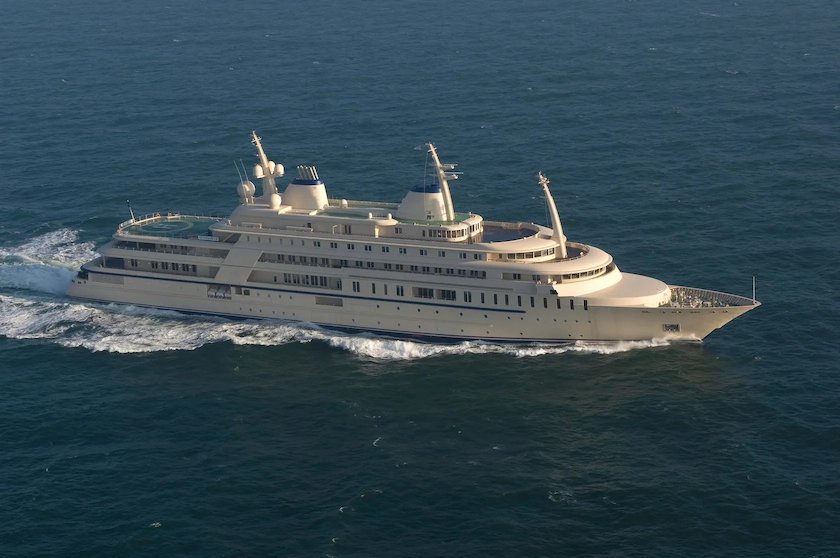 Al Said’s exterior was designed by Espen Øino. Photo: Lürssen
Length: 155m
Year: 2008
Shipyard: Lürssen Yachts
Owner: Royal Family of Oman
This 155m yacht was built for the late Sultan of Oman in 2008, registered under the code name “Project Sunflower”. Her exterior was designed by Espen Øino and pays homage to classic cruise liners. It is reported that she can hold 70 guests in addition to 154 crew members. She is also said to have a concert room with a capacity for a 50 piece orchestra. 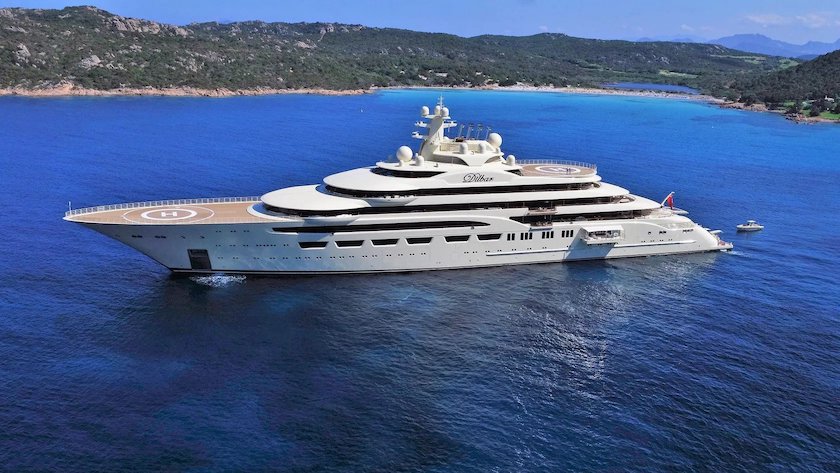 Dilbar is the fifth largest yacht in the world. Photo: Lürssen
Length: 156m
Year: 2016
Shipyard: Lürssen Yachts
Owner:  Alisher Usmanov
This smart-looking yacht is owned by Russian billionaire, Alisher Usmanov. At 15,917 tons, Dilbar is currently the largest yacht by gross tonnage and the fifth largest in length. She also houses many impressive features, such as a 25 metre swimming pool, the largest pool to have ever been installed on a yacht. 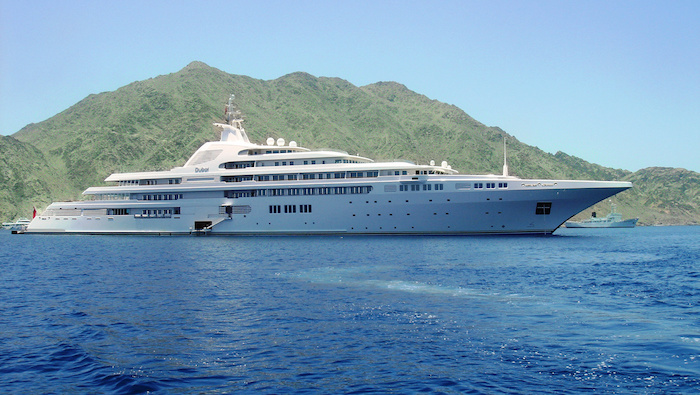 This yacht was originally intended for Prince Jefri Bolkiah of Brunei. Photo: superyachts.com
Length: 162m
Year: 2006
Shipyard: Platinum Yachts
Owner: Sheikh Mohammed bin Rashid Al Maktoum
This appropriately named yacht is owned by Sheikh Mohammed bin Rashid Al Maktoum, ruler of Dubai and Vice President/Prime Minister of the United Arab Emirates. Her construction began in 1996, 10 years prior to her launch.
She was initially intended for Prince Jefri Bolkiah of Brunei, but was acquired by Sheikh Mohammed in 2001 after the yacht’s construction had been halted.This seven deck yacht can host  up to 115 crew and guests and, despite her enormous size, she can reach up to 26 knots. 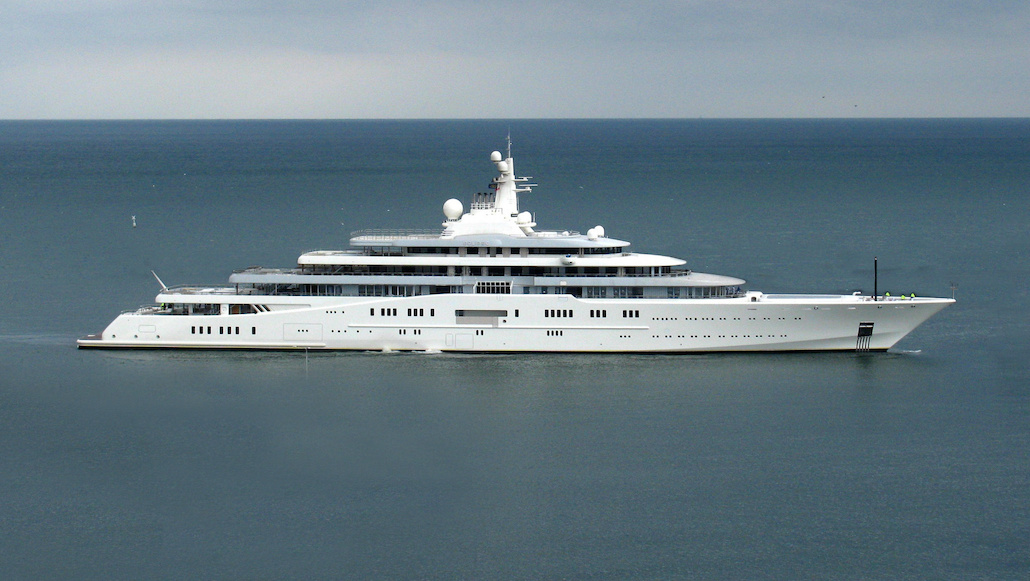 Eclipse is the third largest yacht in the world. Photo: superyachts.com
Length: 162.5m
Year: 2010
Shipyard: Blohm + Voss
Owner: Roman Abramovich
This impressive yacht belongs to Chelsea F.C owner, Roman Abramovich. As we have seen, superyachts aren’t just impressive because of their sheer size; they are also home to extraordinary entertainment and leisure facilities- Eclipse is no different.
Amongst her many luxuries include a three-man submarine and a 16-metre long swimming pool that can be converted into a dance floor thanks to its adjustable depth. And, if the superyacht itself wasn’t enough, she can also accommodate six tenders and three helicopters. 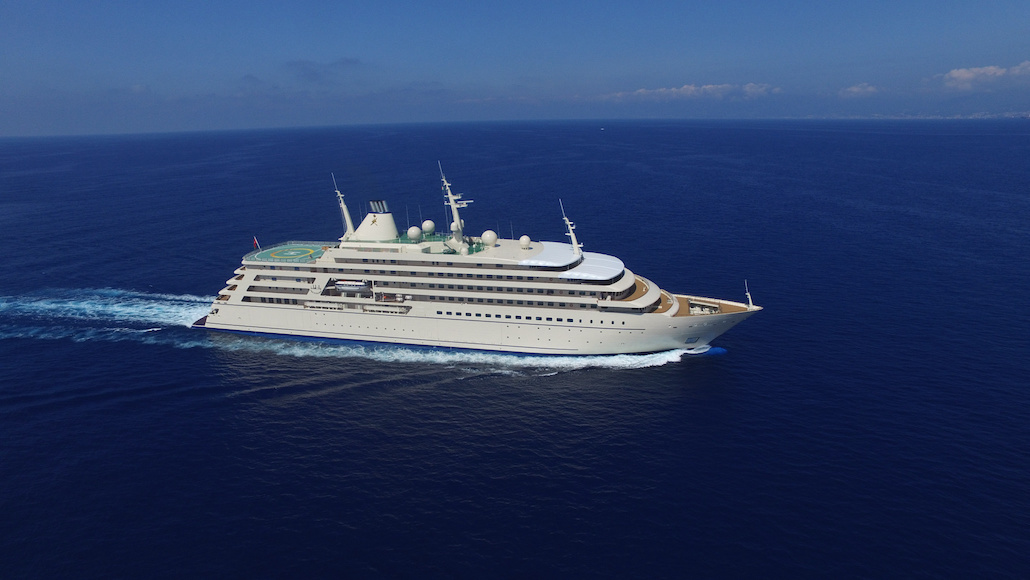 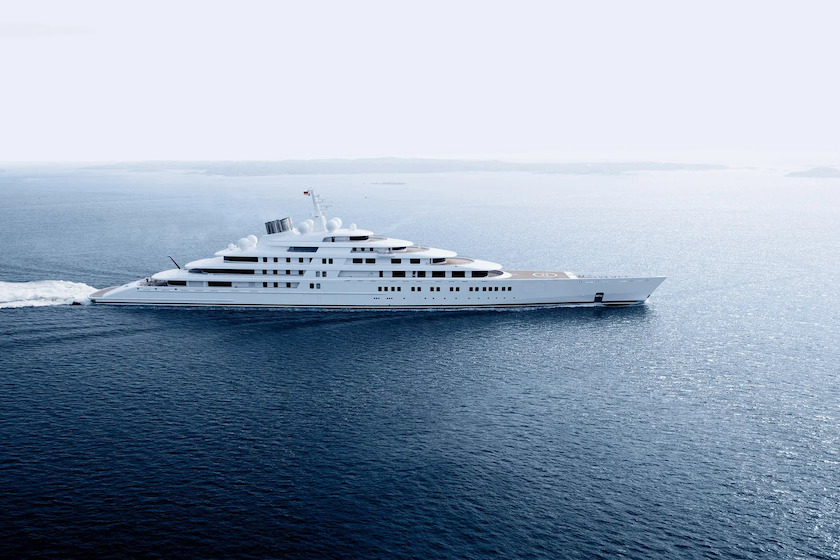 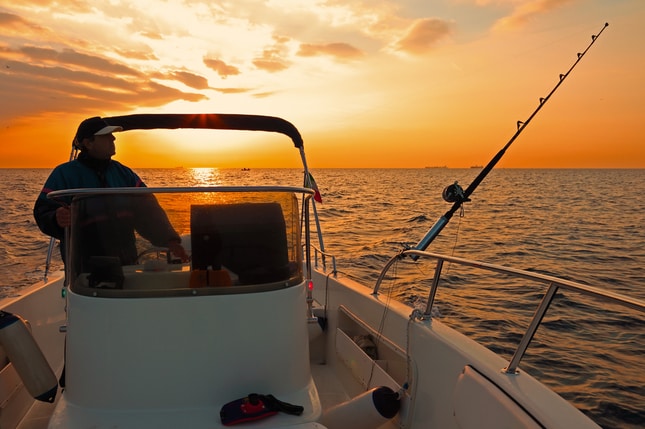 The 8 Best Upgrades for your Fishing Boat

For many anglers, their fishing boat is their pride and joy. But no matter how happy a boat owner is with his or her craft, they’ve always got one eye on making it better.